It is exciting to think of those who have been and who are now sharing Jesus with others who have not heard around the world.

Christian and Missionary Alliance Missions seeks to spread the message and power of Jesus throughout the world where many others won’t go. Our passion is not just knowing and following Jesus, but helping others know and follow Him. This begins with those God has placed in our spheres of influence and flows to those who are searching desperately for meaning, significance, security, and love in other cultures.

“It would seem to be the special call of Christ today to each of us to see, so far as in us lies, that every community that has not yet received the gospel is specially visited with the message of our King.” The Christ in the Bible Commentary (1993) A.B. Simpson

We seek to exalt Christ by personally engaging in His mission, particularly with those who have critically low access to the Gospel. As they respond we know that they will build Great Commission Churches that will go to the remaining dark places.

Alliance workers develop bridges of connection within their communities, meeting the pressing needs of people, building relationships with non-believers, teaching with actions and words the Word of the God so it can in turn be taught to others, helping develop future church leaders, providing relief and development work, engaging with people in the marketplace . . . all to help people cross the line between unbelief and belief in Christ, then become his faithful followers in wholistic communities of faith.

Below is an inspirational article by Nathan Busenitz that recalls the past Contagious Chain of Missionary Zeal.

The missionary spirit is utterly contagious.

Even just one life burning brightly for the gospel can ignite the hearts of hundreds of others for generations to come.

What a powerful thing it is to contemplate that reality in the history of missionary work! Consider, for example, the following chain of gospel influence:

1. John Elliott (1604–1690) was a Puritan settler in New England who began evangelizing the native Americans. Known as the “apostle to the Indians,” he translated the Bible into their native language, helped to establish churches, and sparked a missionary zeal among Christian settlers in the New World.

2. That missionary spirit inspired men like David Brainerd (1718–1747) to similarly devote his life to reaching native American Indians with the good news of the gospel.

3. Though Brainerd died at only 29 years of age, his friend Jonathan Edwards (1703–1758) was so impressed by the young missionary’s passion that he edited Brainerd’s diary and published it. Edwards himself would later work as a missionary to the native American Indians of Stockbridge, Massachusetts.

4. In 1785, an English shoe cobbler named William Carey (1761–1834) read a copy of An Account of the Life of the Late Rev. David Brainerd by Jonathan Edwards. The book had a profound impact on Carey’s thinking, igniting a passion in his heart to take the gospel to India. William Carey left for India in 1793 and the modern missions movement was born.

5. In 1802, a British preacher named Charles Simeon (1759–1836) was speaking about the good that William Carey was doing in India. Upon hearing that message, a young man in the congregation named Henry Martyn (1781–1812) determined that he too would go to India, rather than going to law school.

6. Martyn died young. Yet his memoirs influenced many in England. In particular, his biography had a significant impact on Anthony Norris Groves (1795–1853), who is considered by some to be the “father of faith missions.” (Groves was a missionary to modern-day Iraq and later to India). In his own memoirs, Groves writes:

I have today finished reading, for the second time, [Henry] Martyn’s Memoir. How my soul admires and loves his zeal, self-denial and devotion; how brilliant, how transient his career; what spiritual and mental power amidst bodily weakness and disease! O, may I be encouraged by his example to press on to a higher mark.

7. In 1825, Groves published a short booklet entitled Christian Devotedness, in which he encouraged Christians to live frugally, trust God for their needs, and devote the bulk of their income to evangelism efforts around the world. That book had a major impact on the thinking of men like George Müller (1805–1898), and James Hudson Taylor (1832–1905)—significantly shaping the way they thought about missions.

8. Hudson Taylor was the first modern missionary to penetrate the interior of China. He established the China Inland Mission and recruited hundreds of missionaries to join in evangelistic efforts there. At one point, Taylor returned to England where he urged Christian young people to join him in China. A famous Cambridge cricket player named C. T. Studd (1860–1931) was among those profoundly affected by Taylor’s preaching. Studd left behind a life of leisure to serve Christ overseas. Six other students joined Studd and together they became known as “The Cambridge Seven.”

9. The publicity garnered by C. T. Studd and “The Cambridge Seven” in England—especially their influence in British universities—influenced the beginnings of the Student Volunteer Movement for Foreign Missions (started in 1886) in North America. Under the leadership of men like D. L. Moody (1837–1899) and Arthur T. Pierson (1837–1911) (the author of George Müller’s biography), hundreds of American students would join the volunteer movement and commit themselves to foreign missionary work.

When I was a college student my father lent me the two-volume life of Hudson Taylor. Another college student, Jim Elliot, read it too and this was one of the great things he and I had in common—a huge hunger for that sort of godliness, for a true missionary heart.

As this brief history demonstrates, missions is contagious.

From John Elliott to Jim Elliot, a perceptible chain of influence and gospel faithfulness can be traced from one fervent missionary to the next. From David Brainerd to Jonathan Edwards to William Carey to Henry Martyn to Anthony N. Groves to Hudson Taylor to C. T. Studd, Jim Elliot, and others.

Some of the missionaries listed above only live a short time. David Brainerd was 29 years old when he died. Henry Martyn was only 31. Jim Elliot was 28. Yet, the impact of their lives extends far beyond their short tenure on this earth. Their self-sacrifice inspired thousands of others to give their lives for the sake of the gospel. It is pretty amazing to consider.

Of course, this is only one small thread in the great tapestry that God has woven throughout the centuries. (There are many other connections, links, and influences that could have been traced.) Yet, it illustrates a profound lesson in a vivid way. Never underestimate the power for influence of a life fully invested in serving the Lord Jesus. Sacrificial faithfulness to Christ in one generation reverberates for many generations to follow.

via The Contagious Chain of Missionary Zeal | the Cripplegate.

Areas to serve in Alliance Missions

Since 1887, Alliance people have sought to reach the lost with the whole gospel—in their own communities and around the world. Today, the urgent need remains for devoted Jesus followers to take His light to the last missions frontiers—some of most spiritually dark places on earth. Opportunities to establish and/or strengthen Christ’s Church around the world include service through:

Some Pictures on this site 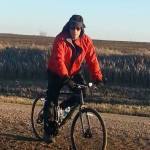 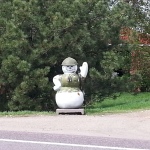 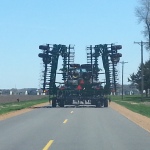 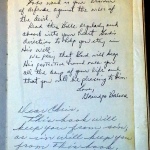